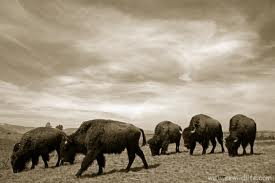 This morning, Mark Long, Narcotics Bureau Chief, will return to the stand. The state will continue its questioning of the witness and then MTCIA attorneys will cross-examine. Then, the state will call Sue O’Connell. Ms. O’Connell works for legislative services. During the 2011 session, everybody talked to Sue. She was the bill drafter for medical marijuana legislation. She’s been the one answering questions since the interim committee last summer. How will she serve the state’s case? Not sure.

Continue to follow @Katecac on http://Twitter.com for Tweets from the FRONT!!

Quick overview of Tuesday‘s courtroom volley… The plaintiffs sat their witnesses, today we get to hear from the defense! Kate Cholewa will be Tweeting again, LIVE!! Follow on Twitter!

Dr. Stowers continued testimony today with the MTCIA lawyer Mr. Devlin asking questions. Dr. Stowers continued in some of the same vein as Dr.Geci. The cross examining was Mr. Molloy for the defense. Mr. Molloy continued the questioning along the lines that patient DO have a primary physician, Dr. Stowers concedes, yes, but most primary physicians do not write medical cannabis recommendations. When asked if the doctor thinks if chronic pain is a condition medical marijuana is recommended too often for, his reply was emphatically NO!!!!

The next witness to the stand was Roy Kemp. Roy administers the medical cannabis program at the Department of Health and Human Services (DPHHS). Mr. Goetz asked Mr. Kemp if he sees unintended but unambigouos consequences of SB423. Roy agreed, and went further and said the provisions are without logical reason. Mr. Goetz then asks if a same sex partner was excluded from providing cannabis to their loved one. Unfortunately Mr.Kemp HAD to respond, yes.

Lester Grinspoon took the stand in a courtroom in Helena, Montana via Skype in defense of medical cannabis!! Cross examination started at ~11am. Keep here for the fastest blog in Montana!!

Molloy, the defense for the state, is trying to push the point of medical marijuana‘s illegality on the federal level. This is a shady move to say least!!!

MTCIA‘s lawyer, Mr. Goetz,  began again after the lunch recess to put witnesses on the stand. This first day of testimony, June 20, is for the plaintiffs, in this case MTCIA and clients. Tomorrow, June 21, we will  hear from the defense, the state! Keep UPDATED here at MontanaBiotech’s blog!

The first witness on the stand for MTCIA was,  Wendy Gwimmer Oncology, social worker for four years, and a counselor since 1996. She spoke about sick patients having a tough time growing cannabis for themselves, DUH! The next witness to the stand for the plaintiffs was Mr. Hatfield. A patient, Mr. Hatfield, confessed a lack of ability with concern to horticulture and concedes SB 423 would leave him without access to his needed cannabis!

Mr. Goetz then called 79 year old, Mr. Hamp. Mr. Hamp currently caregivers for his wife who is suffering complications from her cancer diagnosis. He states that he currently acquires cannabis for his wife through commercial grow operations.

Mr. Molloy, a lawyer for the defense, tried to attest that his, Mr. Hamp‘s, family will provide for them. Mr.Hamp put forth that he in noway wants to put his family or friends in harms way by signing them up to be his wife’s caregiver.

Dr. Geci was next called to the stand. He is asked, is cannabis recognized as medicine, he responded in the affirmative. Why is it that no one under oath mentions the patent the Gov. has on cannabinoids as antioxidants and neuroprotestants, I think that proves a medicinal efficacy of ALL cannabinoids!! Dr. Geci explained the endocannabinoid system and the effect of CBD, a non-psychoactive cannabinoid that contains plenty of therapeutic qualities on its own.

On cross examination Mr. Seacreast peppers Dr. Geci with incendiary, leading questions, has he been denied a license or had a license revoked in another state and how many patients has he personally sighed up for the current system. To these, Dr. Gecic answers a short no to the first series, and 800-1000 to the latter.

The last plaintiff of the day was Dr. John Stowers. He further characterized the clinic process for the court. 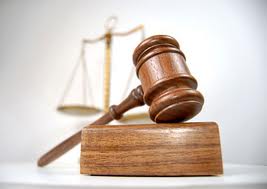 Many thanks to the many of you who have signed up to gather signatures, sign the petition or be a captain in your area.

If you have not done so, please do it here: http://www.mtcia.org/referendum .  We want to be able to contact you as quickly as possible to sign the petition and /or gather signatures.  If you have awesome organizational  and leadership skills, please volunteer to be a captain.  You can feel free to choose what level of involvement you want.

I’d like to give a general update of the Repeal SB423 petition status as it is currently.

I am continually stunned by the number of folks who have NOT signed up for the E-List : http://www.mtcia.org/e-list

And the number of people who are intimately connected to cannabis use and production who have NOT signed up to help with the petition.  If you are one of those, sign up NOW : http://www.mtcia.org/referendum .  After you sign up, start nagging all your friends.  This is the MOST critical time in the history of cannabis activism in Montana and in the US.  We now wield political power, we are a force to be reckoned with, but NOT if you stay on the sidelines.  It is most important that you stay current on the legal and political cannabis related events.  Hear it here first, don’t count on rumors.

If you are a caregiver or dispensary owner, PLEASE ask your patients permission to sign them up.  It may be nearly impossible to find everyone after July 1st and we are counting on them, literally counting, to sign this petition.

Please make sure you are registered to vote AT your current address.  If not, please re-register immediately.  Here is a form to fill out and bring or mail to your local elections office. http://sos.mt.gov/elections/forms/voters/register.pdf . Print off several copies and make sure your friends are registered to vote.  They don’t have to vote, but they MUST be registered to sign the petition.  Please turn in the forms to your local elections office (listed on page 2 of the form) as soon as possible.

Please follow the www.mtcia.org website; it is updated often with current events, petition and lawsuit news, and easy ways you can help.